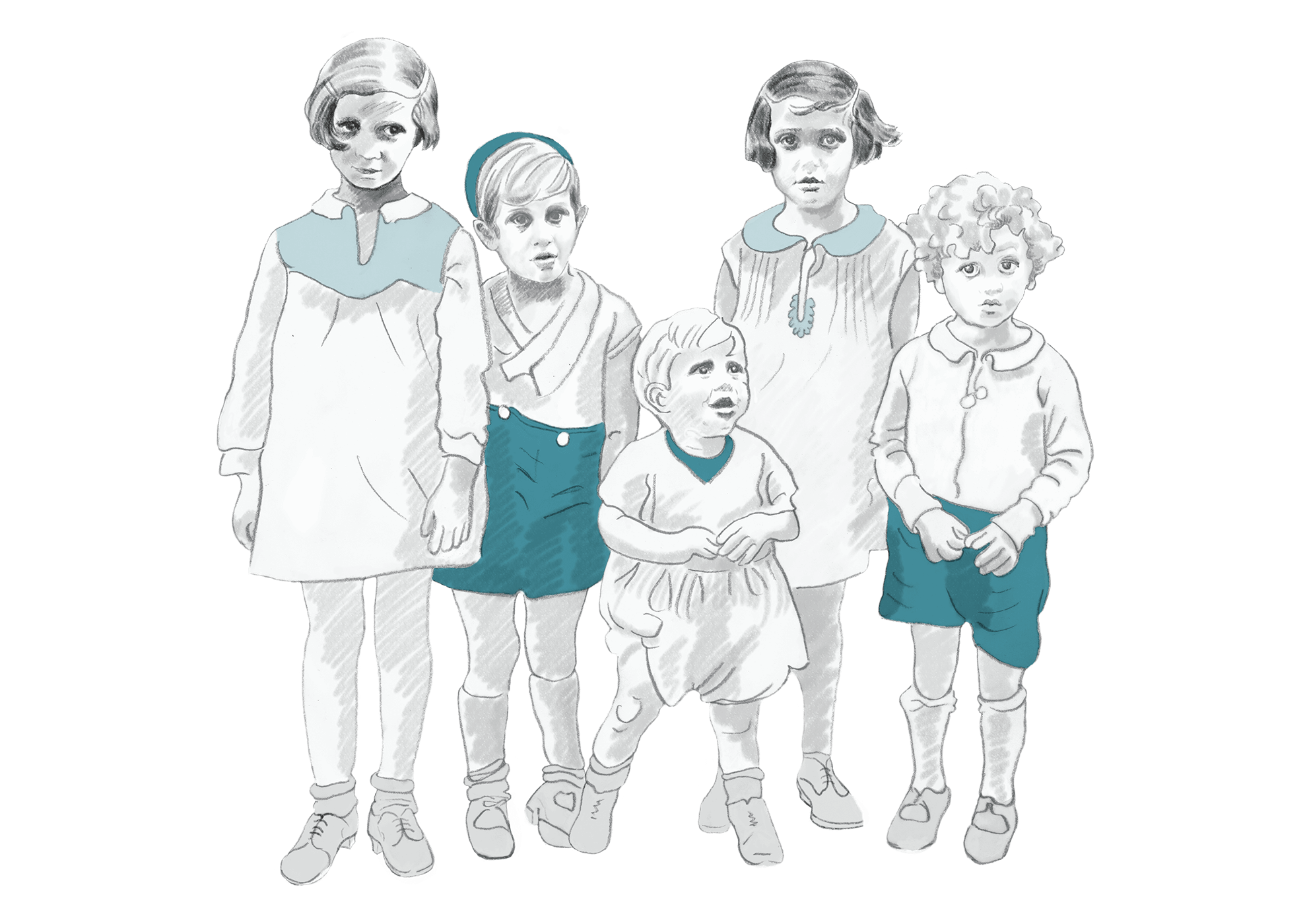 "You were everything to me. I no longer had my parents…"

The survival of the Birnbaum family

The orthodox Jewish Birnbaum family from Berlin consisted of father Otto (Yehoshua), mother Henni, and the children Sonni (Sonja, born in 1928), Gina (Regina, 1930), Jacob (1931), Zvi (1933) and Susanna (1934). To escape from the Nazi regime, the family fled to the Netherlands, where Samuel was born in 1938. After the German occupation, the family was deported to the Westerbork transit camp in 1943 and from there to Bergen-Belsen in 1944. In "Lost Transport", the Birnbaums had, alongside their own six children, around forty orphans with them.

"Mommy cooked copious meals from the food that was found in the house. .... Her children … are still amazed at how their mother was able to prepare a filling meal for not less than fifty hungry mouths with so little power and in such a short time."
For It Is a Tree of Life, S. 155

Title of the memoirs published by the Birnbaum children, 2010

Under the protection of the Birnbaums

The parents had a big heart and saved many Jewish children in Westerbork. They protected them from deportation and took care of them as if they were their own children. In Bergen-Belsen they continued to take care of orphans whose parents died of hunger or illness. In 2011 Henni and Yehoshua were honored internationally with the "Jewish Rescuers Citation". Their courage is an example of active resistance during the Holocaust. After the war they ran an orphanage in the netherlands for Jewish children who had survived the Holocaust.

"But later, mothers came to me and asked me: Why did my child not return? I have borne the pain with these mothers throughout my life."
Yehoshua Birnbaum, 1994

Between 1940 and 1945, Henni and Yehoshua saved more than 200 children from certain death.

Zvi Birnbaum finds a lesson in the Holocaust.. | Video 2:36 min

"May the Birnbaum family continue to grow …"

In 1950 the Birnbaum family was able to emigrate to Israel. Henni and Yehoshua always looked to the future and seldom spoke about the past. The Birnbaums’ own six children took root in Israel, started families, experienced and survived the wars that the young state had to fight. Zvi studied physics and mathematics and became director of a school. The former orphans now live throughout the world. "Tree of Life", in the title of the book, stands for the collective survival of the family and is also a metaphor for the Torah, which relates the origin of the people of Israel.